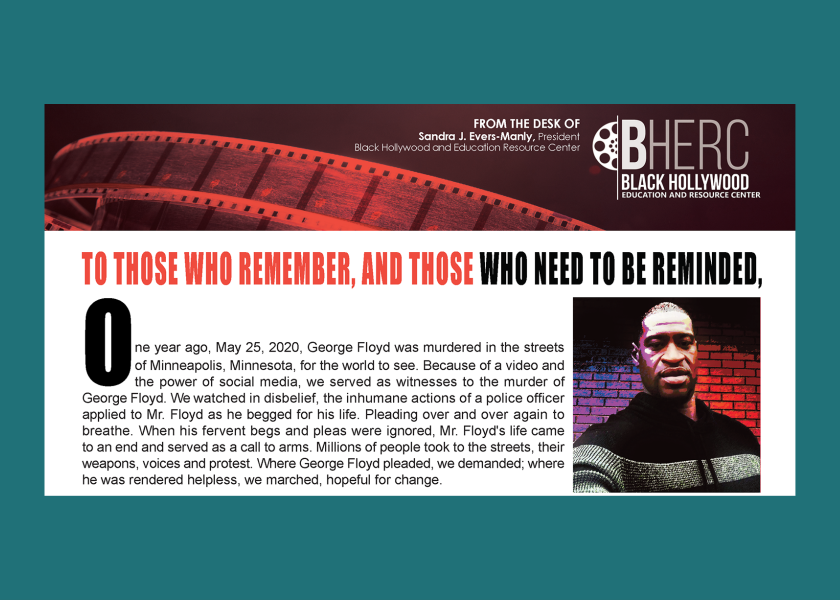 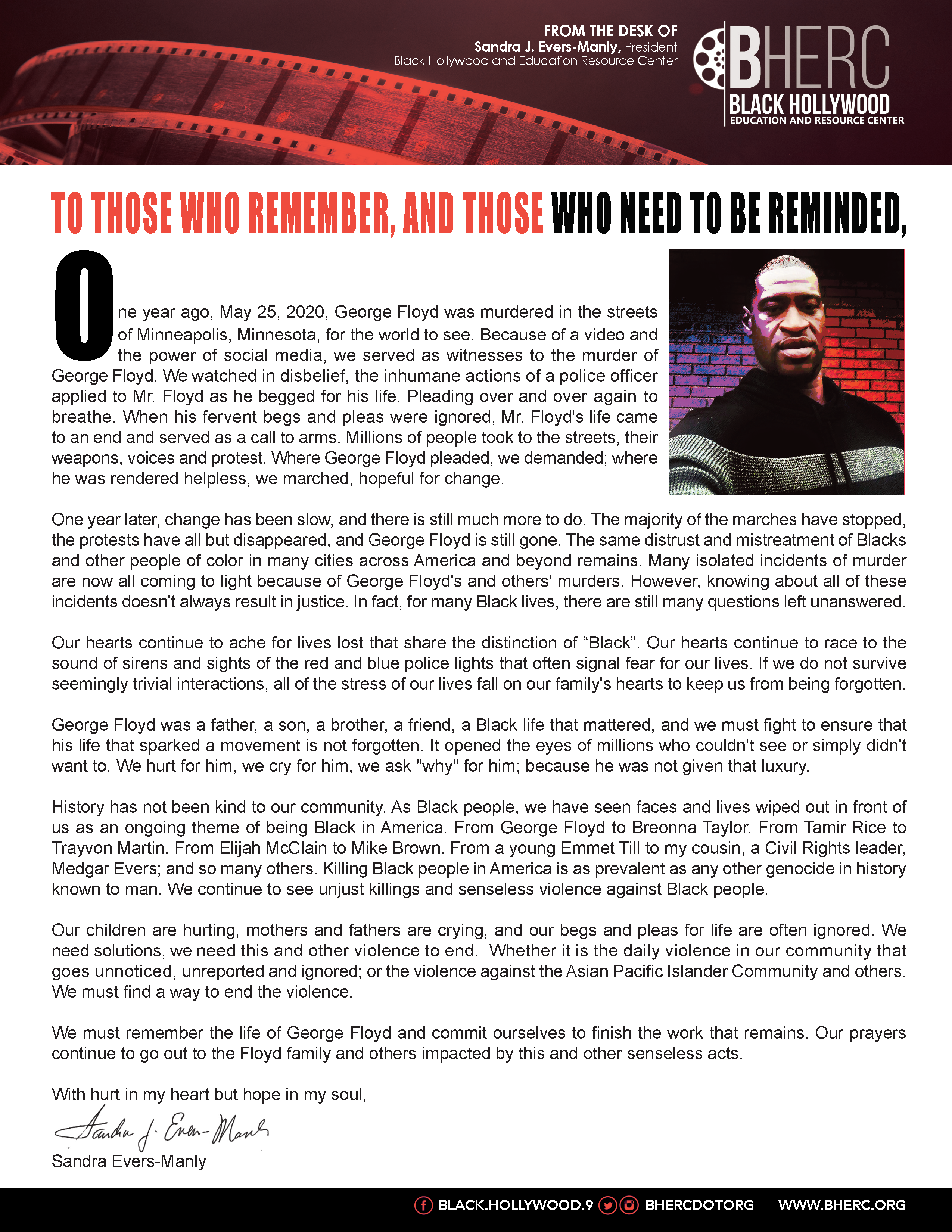 One year ago, May 25, 2020, George Floyd was murdered in the streets of Minneapolis, Minnesota, for the world to see. Because of a video and the power of social media, we served as witnesses to the murder of George Floyd. We watched in disbelief, the inhumane actions of a police officer applied to Mr. Floyd as he begged for his life. Pleading over and over again to breathe. When his fervent begs and pleas were ignored, Mr. Floyd’s life came to an end and served as a call to arms. Millions of people took to the streets, their weapons, voices and protest. Where George Floyd pleaded, we demanded; where he was rendered helpless, we marched, hopeful for change.

One year later, change has been slow, and there is still much more to do. The majority of the marches have stopped, the protests have all but disappeared, and George Floyd is still gone. The same distrust and mistreatment of Blacks and other people of color in many cities across America and beyond remains. Many isolated incidents of murder are now all coming to light because of George Floyd’s and others’ murders. However, knowing about all of these incidents doesn’t always result in justice. In fact, for many Black lives, there are still many questions left unanswered.

Our hearts continue to ache for lives lost that share the distinction of “Black”. Our hearts continue to race to the sound of sirens and sights of the red and blue police lights that often signal fear for our lives. If we do not survive seemingly trivial interactions, all of the stress of our lives fall on our family’s hearts to keep us from being forgotten.

George Floyd was a father, a son, a brother, a friend, a Black life that mattered, and we must fight to ensure that his life that sparked a movement is not forgotten. It opened the eyes of millions who couldn’t see or simply didn’t want to. We hurt for him, we cry for him, we ask “why” for him; because he was not given that luxury.

History has not been kind to our community. As Black people, we have seen faces and lives wiped out in front of us as an ongoing theme of being Black in America. From George Floyd to Breonna Taylor. From Tamir Rice to Trayvon Martin. From Elijah McClain to Mike Brown. From a young Emmet Till to my cousin, a Civil Rights leader, Medgar Evers; and so many others. Killing Black people in America is as prevalent as any other genocide in history known to man. We continue to see unjust killings and senseless violence against Black people. Our children are hurting, mothers and fathers are crying, and our begs and pleas for life are often ignored. We need solutions, we need this and other violence to end. Whether it is the daily violence in our community that goes unnoticed, unreported and ignored; or the violence against the Asian Pacific Islander Community and others. We must find a way to end the violence.

We must remember the life of George Floyd and commit ourselves to finish the work that remains. Our prayers continue to go out to the Floyd family and others impacted by this and other senseless acts.

With hurt in my heart but hope in my soul, 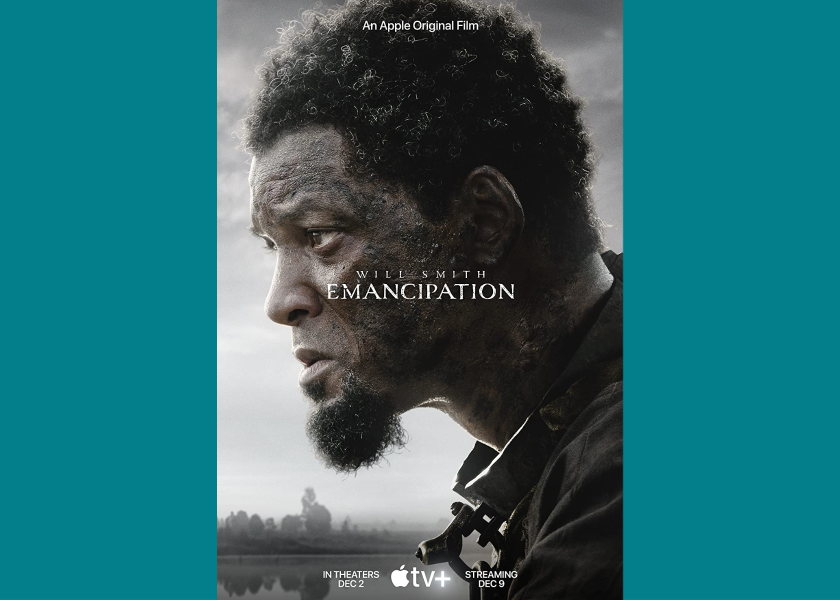 A Call To Action for Emancipation! 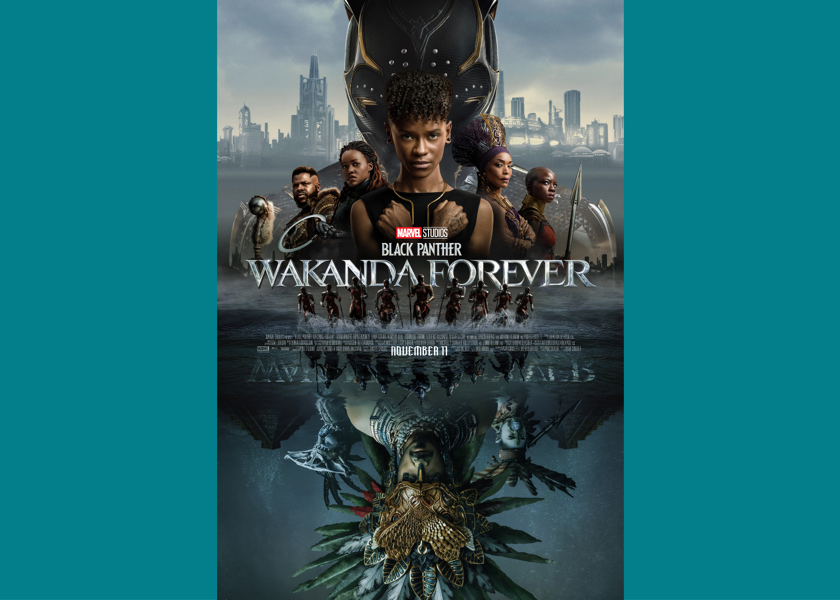