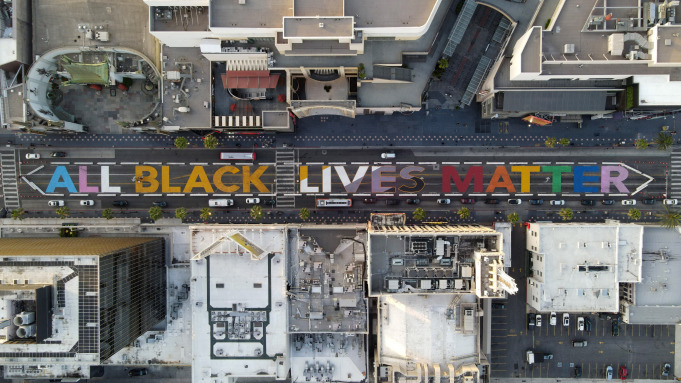 Sandra Evers-Manly On Black Representation In Hollywood: “Just Being Considered Or Present Is No Longer Enough”

Editors’ note: Sandra J. Evers-Manly is president of the Black Hollywood Education and Resource Center, a former president of the Beverly Hills/Hollywood branch of the NAACP, and the cousin of slain civil rights leader Medgar Evers. On June 30, she became a member of the Academy of Motion Picture Arts and Sciences. She has penned this guest column for Deadline.

The killing of George Floyd brought about much pain, grief and anger. The unjust killings of Breonna Taylor, Ahmaud Arbery and others have been something that our community has had to live with for many years. This brutality is part of a long history of systemic racism, inequality and injustice that was never fully dealt with in our society. There is not a corner in the world, and certainly not in our country, that we can point to where injustice and inequality do not exist. Hollywood is no exception.

Deep-rooted inequities exist in our industry, and it will require great change, leadership and, most of all, courage. Hollywood must be the change both in front of the camera and behind the scenes. Now more than ever, we need to see African Americans in leadership roles, executive suites, as the heads of crafts departments, and in other critical positions such as showrunners, writers, directors, producers, agents and more. Now more than ever, we need to see more authentic Black images and stories told in film and television. So much of our history and our stories have yet to be told simply because those making decisions have no idea of the full spectrum of our history or stories.

Today’s protests in the street are filled with people of all races and all ages. That is really what we want to see in Hollywood and more. The cry for social justice is being heard around the globe. This is not an issue that is solely owned by those who are Black. It is owned by people of all races. It is the cry for equality, and it is one that Hollywood must hear and help lead.

We all know the power of film. Advertisers have acknowledged this over the years and have been willing to invest billions of dollars in film and television promotion. Those of us who are well trenched in the industry know that what is shown on film influences tastes, spending and attitudes. Research by Dr. Betsy Bosak over 40 years ago showed that film could alter racial stereotypes of children as young as 5 years old. So, it is incumbent that we lead the change; to do little – or worse, nothing – contributes to the inequities that brought us here today.

“It is time for the Black community to fully participate in Hollywood — all aspects of the business, and for images of Black strength and fortitude to be in front of the eyes of the public view and not be considered an anomaly when they happen.”

I have watched for thirty plus years as an activist fighting for greater roles and stories for African Americans and others of color for better opportunities on both sides of the camera. There have been many moments where there were commitments; however, they started, they stopped and they often fell short, and those that were successful were not sustained. And yes, some – although precious few – were successful, like the Disney Writers Fellowship Program that started under the leadership of Jeffrey Katzenberg. The social movement of today is an outgrowth of the lack of adequate change that has occurred since the civil rights movement, where people lost their lives, were beaten and arrested for demanding equality.

I would be remiss if I said Hollywood has not changed from my first arrival as a college student working with the Beverly Hills/Hollywood NAACP, becoming president and serving in that role for 12 years. The number of Black executives, Black writers and Black producers were far and few between. Black voices were often silent compared to the dynamic and courageous voices that we hear in the industry today by outstanding Black actors, directors, writers, producers and more.

Back then there was one young man who was willing to risk his career to bring about change. He wrote a letter to one of the great deans of Hollywood, Lew Wasserman, condemning Hollywood and his studio because his company lacked Black executives and was filled with executives and individuals ill-equipped to understand diverse perspectives, stories and history. As told to me by Mr. Wasserman himself, this young man had a lot courage and guts.

Since I started my activism in the industry the progress has been slow — and at times, seemingly stalled. It has been a roller-coaster. Ups and downs. More downs than ups. The 2020 UCLA Hollywood Diversity Report highlights that in 1960, 15% of the US population were people of color; in 2019 that number was 40% and in 2050 it is expected to be 53%. However, their representation in the film industry in key creative roles is far below that of their white peers. Specifically, in 2019 people of color in film roles were:

And if we break the data down by ethnicity, we find that the WGA West reported that overall, 7% of the screenwriters are Black; however, 15.9% of the television writers are black. Further, the DGA reported that of the 237 directors of all DGA-signatory features released in 2017, 4.6% were African American, while 15% of the TV directors were Black. So, clearly the pipeline exists to bring more diversity into the development and production of films. The question is: Why is this not happening?

If we look into the executive suites the numbers are even worse. Black executives and other executives of color are few and far between. Similar words were spoken 30 years ago. Which clearly is where the decisions are made and where the problem lies. The UCLA 2020 study also reviewed 11 major and midsize film studios and found that 91% of the studio heads, 93% of senior executives and 86% of the unit heads were also white.

The UCLA study also found that today’s diverse audiences prefer film and television content with characters to which they can relate and stories that resonate with their own lives. Without increasing the number of Black writers, directors, executives, and leaders controlling the Black narrative, there is an inevitable disconnect between what is being shown on screen and who we actually are as a people. There is an abundance of Black writers, directors and producers waiting to be hired and given the opportunity to write, direct and produce in any and all genres. If Hollywood is truly going to raise the bar, they must embrace all the ethnic and other diverse groups to truly understand what is happening in the industry and in society.

We are not only asking for diversity; we also are asking for inclusion. Just being considered or present is no longer enough. It is time for the Black community to fully participate in Hollywood — all aspects of the business, and for images of Black strength and fortitude to be in front of the eyes of the public view and not be considered an anomaly when they happen.

We want to see Black talent given the opportunity to showcase their talent, no matter the genre. And certainly, we want Black stories, faces, voices, perspectives and artistry that acknowledges this Black talent that has so long played in the background. Hollywood needs to include Black decision-making, Black producer credits, Black directorial opportunities and Black accomplishment to be seen on the forefront.

The same marketing dollars should be spent on films with Black actors and Black radio and newspapers should be engaged to run ads, promotions and marketing opportunities. Black businesses need to be part of the supply chain and Black publicists, photographers and journalists should be given fair consideration for hire and access. And each studio and/or network must have the courage and transparency to share their diversity numbers throughout their business by ethnic group and be accountable to improve them until they represent the country in entirety.

The current climate of the world only sees the Black images of hurt, anguish and anger. Scenes of Black lives being taken in the streets by police have been viewed like feature films. It is high time for Hollywood to help shift the paradigm, distribute the power, and flip the script. We have seen all of the videos of lives being slain. Hollywood can help us show videos of lives being changed, of lives well lived. Society needs to see the many stories of triumph that have yet to be told, and the triumphs still in the making. Our stories need to be told, our voices need to be heard, and our lives need to be seen. Seen through our own lenses, our stories need to be written and shown from our perspectives. They need to be authentic! We are tired of the Black images of victimhood and vilification. We are more, we have done more, and we matter more than that.

Hollywood, no matter where you stand, let’s be better than we are today. There is still so much work to do. We have got to go deep. Through the lens of Hollywood, the possibilities are endless. But that lens must look through the barriers and see past the shroud of inequality that has for so long been present in this industry. There is so much to be shown and said; so many stories in history have not been told or have been one-sided. Through the lens of Hollywood so much can be changed. But first, Hollywood itself must be the change, bring the change, show the change. It’s not just the right thing to do — it’s also good for business!

This guest column was printed in Deadline (Business/Guest Column) on July 31, 2020.