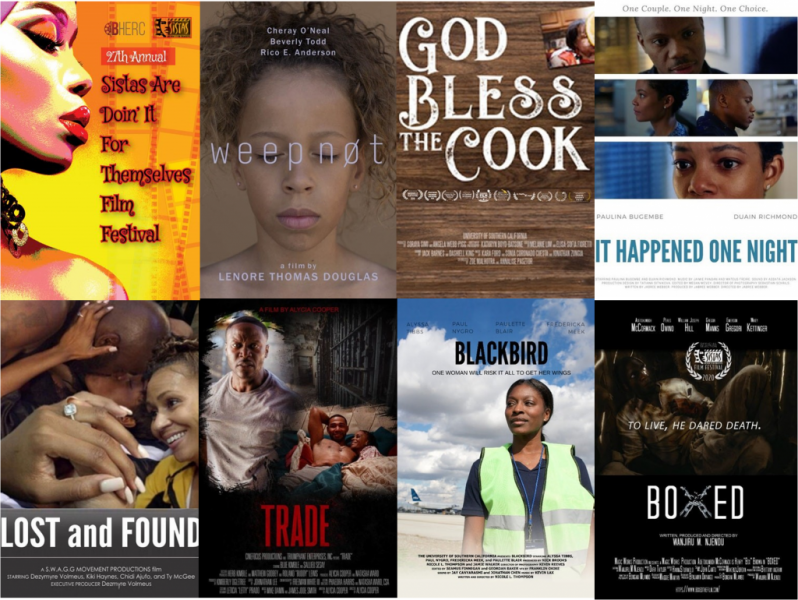 May 21, 2020
2020 BHERC “Sistas Are Doin’ It For Themselves” Film Festival Premieres Online at BHERC TV
By Special to the Sentinel 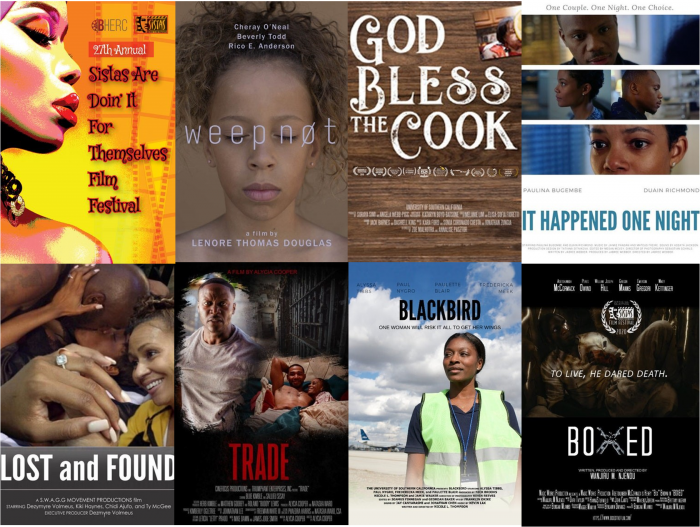 The Black Hollywood Education and Resource Center (BHERC) announced 7 films selected to screen at the BHERC 27th Anniversary of the “Sistas Are Doin’ It For Themselves” Short Film Festival earlier this year are slated to screen online on BHERC TV May 23 at noon to May 24 5pm with a Q and A ZOOM session with the filmmakers at 6pm on Sunday May 24.

“SISTAS…” began twenty-five plus years ago as a call to the entertainment industry to acknowledge that there is grand talent amongst African American women filmmakers. What began as a simple screening and discussion became one of the most recognized inspirational and emulated events of the Black filmmaking community. This is the only program that has consistently promoted and supported the work of African American women in film for more than two decades. It is a clear-cut concept: a screening of short films written and/or directed by some of the nation’s top filmmakers with a dialog following. “Now more than ever the Black female perspective is needed in filmmaking, and we cannot deny their power. Moreover, the community needs to know and support our ‘Sister Sheroes’ as they tell our stories. This is an opportunity, and a platform to do just that,” states founder Sandra Evers-Manly.

The 2020 class of Sistas Short Film filmmakers include:

“Lost and Found” –Dezmyre Volmeus, director/writer: A successful fashion editor recently got engaged to her ex-con lover. She used her connections to get him a hotel manager position, only to find out he got an employee pregnant. Should she fight and make it work or can love conquer all?; “Trade” – Alycia Cooper, director/writer: After being released from prison, a married father of two must protect his family from the cellmate he crossed a line with.; “It Happened One Night” – Jabree Webber, director/writer: In 2022, after Roe v. Wade is overturned, a woman struggles to find the care she needs after being sexually assaulted.

“Blackbird” – Nicole L. Thompson, director/writer: A young woman is torn between two worlds: her day job cleaning planes and her dream of becoming a pilot. When she takes steps to pursue aviation, she is met with resistance, and must fight against the odds to get her wings.

“Weep Not” – Lenore Thomas Douglas, director/writer, Cheray O’Neal, writer: Journey Gordean, a successful journalist gets to cover a story of a lifetime, but her ambition is tested when that very assignment is the man who assaulted her when they were children.

”Boxed” – director/writer/producer Wanjiru Njendu: “Boxed” is a fictionalized short film based on the true story of Henry “Box” Brown a slave who mailed himself to freedom in 1849.

“God Bless the Cook” – director Zoe Malhotra, Annalise Pasztor: Roslyn Spence, a Cordon Bleu-trained chef, introduces her greatest mentor and challenge: her mother. At 94 years old, Edith Bell is still cooking, dancing, and sharing stories of when she cooked for Hollywood’s biggest stars. When the two are in the kitchen together, sparks fly between the two big personalities with very different life experiences. Through their shared language of food, this story reflects on that special bond shared between mother and daughter.

The BHERC Sistas Are Doin’ It For Themselves: “Sista Power, A Celebration of Black Women in Film and Television” continues to bring to the public outstanding shorts created by female filmmakers of African-American descent. This 27th year adds an opportunity for participants to screen the films online at BHERC TV. A New streaming service launched in February 2020 that provides short film content — from comedy to drama, narratives to docudrama — produced and directed by Black Filmmakers. BHERC TV is a leading worldwide provider of narrative and documentary short films about the African American experience as well as content from across the diaspora and diverse populations This is the only program that has consistently promoted and supported the work of African American women in film for more than two decades.

Past “Sista filmmakers and participants” have included Gina Prince-Bythewood (“Love & Basketball,” “Shots Fired”), Kasi Lemmons (“Eve’s Bayou”), Yvette Freeman (“ER”), Dianne Houston (first Black Female to be nominated for an Academy Award / Short Film category) and the Oscar-nominated Dee Rees (“Mudbound”) just to name a very few. Many of these filmmakers have received high honors and recognition for their achievements and breakthroughs in filmmaking. Guests have a rare chance to have an open dialogue and hear the awe-inspiring stories of how these Sistas did it for themselves.

Screenings take place at www.BHERC TV May 23 at Noon to May 24 5pm with a Q and A session with the filmmakers on ZOOM at 6pm on Sunday May 24. Log on to www.bherc.org to register. Admission to the festival is $10.00. For general and festival information, please call 310-284-3170, email John Forbes at John@firstweekendclub.org or visit the website www.BHERC.org. For more information about BHERC TV log on to www.bherctv.com.